IoT and Hyperlocalization of Data Centers 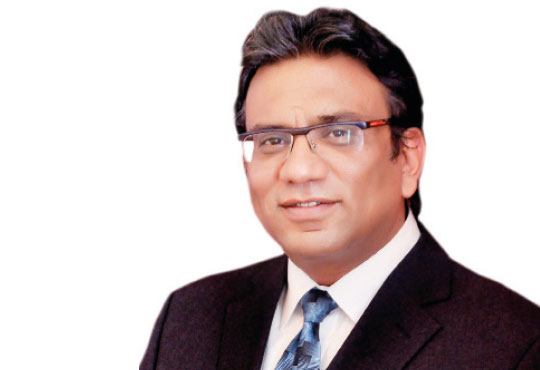 As your data center ready for the explosion of data? To­day, more than ever, data is being created on a massive level as a huge wave of con­nectivity dominates both home and office through a multi­tude of devices like wearables, smart homes, connected cars, medical de­vices, fitness bands, smart retail etc. Gartner predicts that the number of Internet of Things (IoT) devices will reach 26 billion by 2020. However, as the number of devices grows, so does network congestion.

Data Processing – On the Next Level

As major businesses will begin to in­corporate some element of IoT into their processes and systems, CIOs will need to focus on being able to get and use data generated by IoT cost-effectively. More importantly, IoT will generate huge amounts of data from globally distributed sourc­es. Besides this, data emanating from mobile devices will reach 30.6 EB monthly by 2020 and the IoT mar­ket will almost double to 30.7 bil­lion devices in 2020 and climb up to 75.4 billion in 2025. As terabytes and zetabytes of data stream in from hundreds and thousands of con­nected devices, modern data centers will witness an increased demand for more efficient analytical power and the need for increased flexibility for responding real-time on a large scale.

A stratified data center, where the physical and networking components are decentralized, will be able to pro­cess and analyze data in real time eliminating bottlenecks. Instead of adding more servers to the data cent­er, it is more prudent to set up micro data centers and edge facilities. They will help enterprises mitigate their upcoming loads and latency issues if situated closer to IoT devices, Cloud hosts and other sources & destina­tions of network traffic. Unlike the traditional model, micro data centers minimize the physical footprint and consequently the energy consumed. They are standalone rack-level sys­tems containing all the components of a ‘traditional’ data center, but are small self-contained facilities, rang­ing in size from half a rack to a large commercial refrigerator and can be deployed anywhere based on design from indoors like under a desk in the office to rugged terrains. There are also containerized data centers with infrastructure modules like IT, power and cooling in one modular system.

Micro data centers will also help to deal with the huge flow of informa­tion generated by IoT applications. The current WAN networks are sized for moderate bandwidth re­quirements generated by human in­teractions with applications. IoT will change this pattern by generating massive inbound data center band­width requirements. Without proper planning, IoT could overwhelm the WAN and/or create bottlenecks at re­mote of hosted sites. With the rising number of internet-connected devic­es, the industry will need to be agile in delivering and deploying compute capacity. Speed will be crucial in these scenarios and hence the more data processing power that organiza­tions can offer users, the better.

CIOs need to relook at the recent trend of centralizing data centers for higher efficiencies and economies of scale. Balancing both storage and networking requirements in an IoT world will lead to the growth of the localized or partially localized data center. These could be “complex data centers” housed in office buildings or residential complexes.

Security of the data will also be a major concern. As digitization and automation increases, there will be a vast amount of data that provide information on users’ personal use of devices, which if not secured, can lead to privacy breaches. The current environment is not regulated thor­oughly and IoT devices require faster and better authentication. Many or­ganizations would want to keep data generated by IoT devices within the four walls of their data center or en­gage the services of a private cloud instead of a public cloud.

Data center operators will need to learn how to manage multi-site infra­structure as a homogeneous environ­ment, but still be able to monitor and control individual locations.

There will be growing demand for low latency web applications and faster processing times as the IoT trend spreads. The future lies in building micro data centers that can be used to locally host cloud services and process data closer to the users generating it. Organizations won’t be able to serve a global market from one or two locations and will need to get close to the users. The proliferation of micro data centers will become a critical challenge for organizations as it will be distributed. Correctly con­figured, they can suit the needs of the enterprise either for expansion or for setting up the infrastructure.