Data Center is Imperative for the Growth of the Education Sector 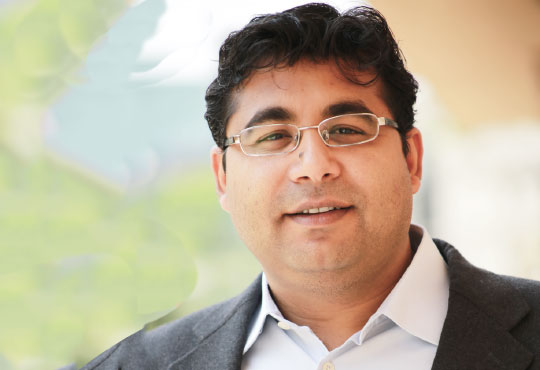 The proliferation of data in all walks of life has been exponential, following the in­tervention of technology. The education sector, too, has been no exception to this phenomenon. Big data and its analytics, brought to the fore, have addressed the varied learning needs of different students, besides man­aging the administrative aspects of running a school. Data centres have been around for a very long time – since when companies needed fast internet connectivity to fa­cilitate 24*7 operations to deploy systems. Installing such equipment within their office premises was an expensive and difficult affair. The need of structured IT operations in the face of growing complexity led to the birth of the data centre.

Education sector, too, responding to the demand of making data readily accessible to all the stakeholders of the sector – students, teachers and staff – turned to data centres. On one hand, factors like new innovations and the growing demand for online education are propelling the growth of the sector, making the requirement for a data storage facility all the more palpable; on the other hand, there is the ever-thinning IT budget, which refuses to address the data storage concerns of the K-12 sec­tor. In fact, the Harvey Nash/ KPMG CIO Survey, 2016, states that educational institutions are much less optimistic about their IT budgets than other sectors. Thus, just adding storage – an old panacea – does not seem to be working anymore. It might work in the initial stages of setting up a process. But as the data begins to pile up, it remains unorganised and uncategorised. Timely access to data becomes difficult as the location of particular files remains unknown. Data management becomes an integral part of storing data. Thus, a data centre comes to the rescue.

We have established the imperativeness of availing data centre services to scale up operations in the educa­tion sector with a very basic understanding of the data center. Now, let’s delve deeper to gain a better under­standing of it.

What is a Data Centre?

Benefits of a Data Centre to the Education Sector

● The battery banks keep the electricity flow indefinite in a data centre, which protects the server from any damage

● Protects the data from virus attacks. If the data is stored within school or vendor premises, it could be lost due to a technical glitch. Data centres are under 24*7 surveillance, which makes it safe and hard to break into

● As already mentioned, IT budget for the K-12 sector is usually very thin. A data centre is helpful in reduc­ing the cost of managing data. A consolidated environ­ment means a smaller infrastructure. The in-house cost of buying and maintaining costly items like servers and routers is reduced. Moreover, as a Software as a Service (SaaS), students and teachers can benefit from the appli­cation and other services on the basis of usage, and need not buy the software.

Technology has been a late entrant in the education sector, and technological inventions have just begun. It could smoothly continue its journey towards advance­ment only if other aspects such as having sound data management in place are taken care of. With the prolif­eration of digital devices, there is also the demand from students for an enhanced learning experience that makes use of the latest technologies. To meet such demands and be able to prepare the young minds for future jobs, the education sector would have to be the seat of inno­vation and embrace modern technology.